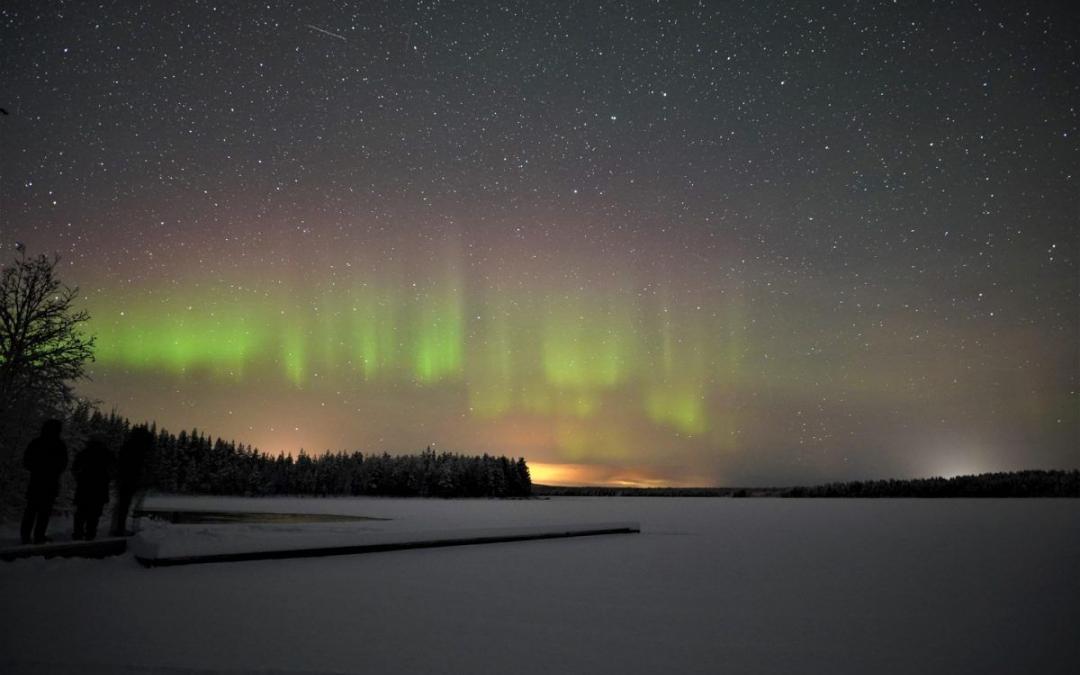 We publish on our Rovaniemi blog the reports of our Northern Lights Wilderness Tours. Check out what happened over the last few nights and get a taste of what you will experience on our famous Aurora Borealis trips!

We knew that it would be really difficult to catch the lights that night. The weather was not promising at all, and the chance to find a clear gap in the sky was very low. But our lovely guests insisted to go and try anyway. It was their last night in Lapland, and they could not leave the beautiful Arctic without at least trying.

We tried different location but the sky was still cloudy, wo we decided that the best solution would be to stay in one of our favourite places and wait. As we all sat around the fire, learning about nature and listening to stories in the far north, our guide always kept an eye on the grey sky. Any thin gap through the clouds could open a window to a fantastic show. But, unfortunately, the thick nebulous veil over our heads never crumbled that night… At least we tried and this what makes a real Aurora hunter : perseverance and hope.

Most of the Auroras forecast applications predicted a KP level 2. This could seem rather low but this is actually not. Rovaniemi is located north enough that even the lowest KP levels offer a good chance to observe the Northern Lights.

That night, the sky was very clear. We stopped by on a first “check up” place, just outside Rovaniemi, in order to assess our chance to see Auroras further north. The place was fully occupied, as many tour operators in town were already settling down with their large groups. There was obviously no chance to silently enjoy any aurora, so we decided to move on and find better locations in the wilderness. 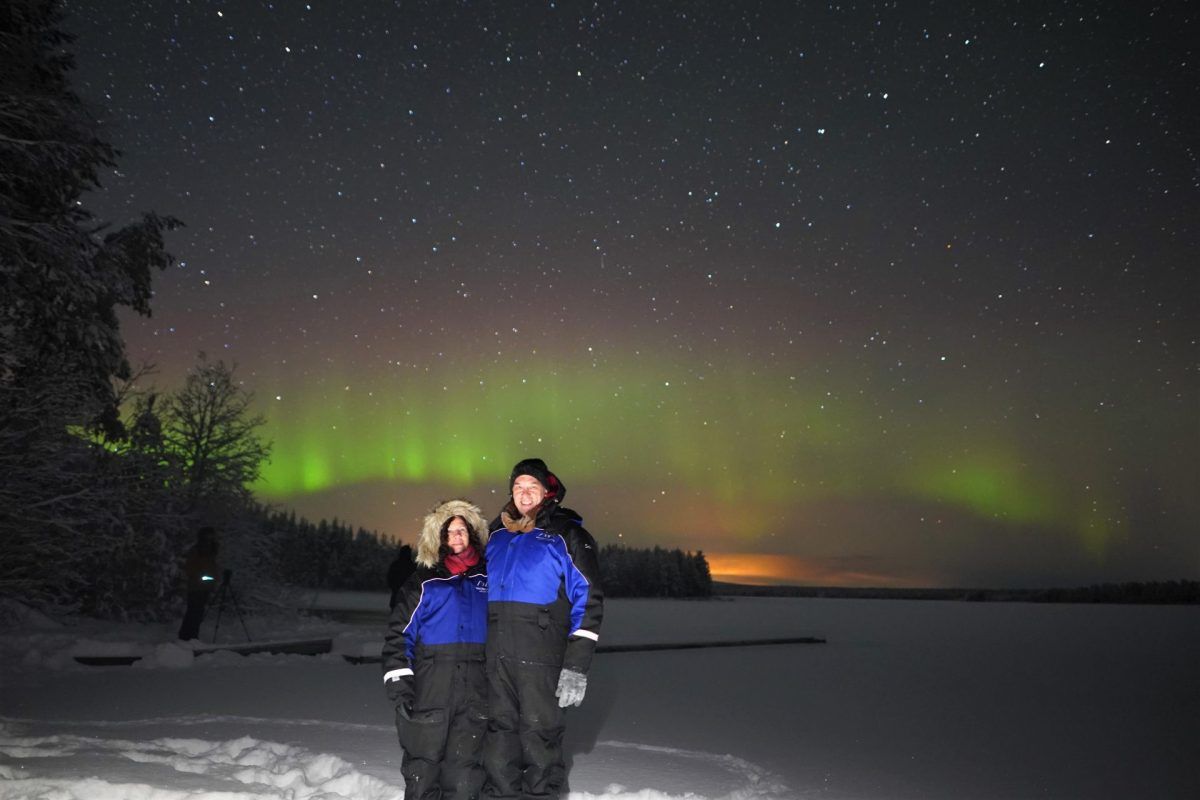 The delight of the Lights!

As we drove further north, into more darkness, the stars were even more shining. Our camera managed to capture some pale arches over the horizon, even though we could not see them with our naked eyes. We all agreed to spend more time in this lovely place – convinced that the aurora would soon get stronger. While waiting, we lit a fire and had some good laughs with warm drinks and sausages. We also made sure that one of us would always be standing away from the fire, in the dark, observing the sky so that we would not miss our chance.

We waited for another two hours and as we were about to leave, out of the sudden aurora appeared. The show was so beautiful that we did not want to leave anymore, and even extended the tour a bit.

Book our Northern Lights Wilderness Tour and enjoy an experience of a lifetime!

BOOK NOW
We use cookies to ensure that we give you the best experience on our website. If you continue to use this site we will assume that you are happy with it.I AgreeRead More